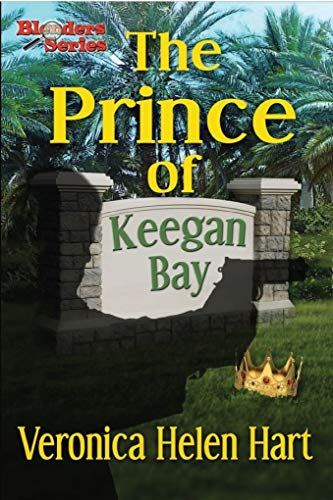 Book: The Prince Of Keegan Bay by Veronica Helen Hart

about this book: If you think life in an "age qualified" mobile home park is deadly dull, you only have it partly right -it can be deadly. Just ask Doll Reynolds as she and her friends, The Blenders, plot to save the life of the infant heir to the Kushawan throne. When Moira Robbins realizes the Kushawan Royal family is out to destroy the infant, she leaves him with her mother in Keegan Bay and then heads for Miami in the hopes of luring them away from the baby. Meanwhile, back at the park, Grandma dies and the baby becomes the responsibility of Doll and her friends. Michael, a retired Marine, works out the logistics for transferring the baby from house to house. John and Pete, former construction workers, build secret rooms while Howard, one of the few left from WWII, entertains all with his stories of the French Underground, providing useful tips along the way.

The International Directorate Investigating Official Terrorists Societies (IDIOTS) and the Kushawan Alliance of Royal Princes (KARP) compete to be the first to find the infant.

According to Kushawan legend, the infant must be killed before he reaches his sixth month to avoid being cursed. That date is Christmas Day.

Moira forms an uneasy alliance with Vance, the former head of security for her late husband, as they rush north on Christmas Eve to Daytona to save her baby.