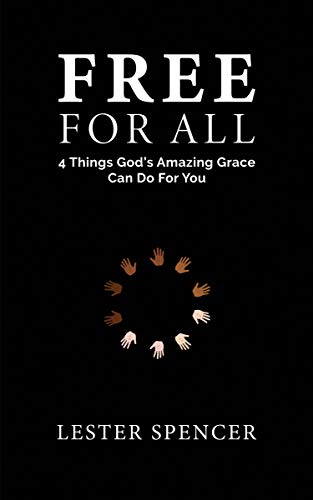 Book: Free For All - Four Things God's Amazing Grace Can Do for You by Lester Spencer

about this book: "Everyone needs grace at some point at some point, which means the market for Free For All is anyone with a heartbeat." -Dr. Beau Adams

One of the most beautiful stories of God's pursuing grace has to be the Old Testament story of Joseph. (In fact, the splendid Russian novelist Leo Tolstoy believed it to be the greatest story of all time). As a young man, Joseph had a dream in which his brothers bowed before him. He foolishly told his older brothers about the dream, and these brothers who were already jealous of Joseph because he was their father's favorite began conspiring to get rid of him. They sold him into slavery and told their father he'd been killed. Joseph was taken to Egypt, where he served faithfully. Eventually, the young dreamer rose to become Pharaoh's second in command, and during a severe famine, he was able to rescue the family that had betrayed him. When his brothers eventually bowed the knee to him and asked his forgiveness, Joseph uttered these famously gracious words: "You intended it to harm me, but God intended it all for good. He brought me to this position so that I could save the lives of many people."

God's pursuit of each of us begins and ends with grace. In Free For All, we'll look at the four types of grace the Lord offers every person, and how life will look when we surrender to grace.