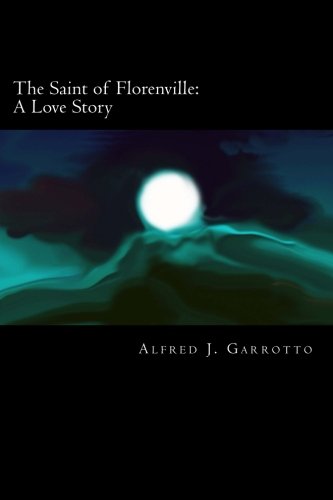 Book: The Saint of Florenville - A Love Story by Alfred J. Garrotto

about this book: The Saint of Florenville: A Love Story is about friendship, faith, loss, and a struggle for survival under the worst possible conditions.

The basic premise is that two friends, an American priest and a Belgian nun, meet up in Bruges to spend a day of sightseeing. Instead, they are drugged and kidnapped by a stranger who has befriended them. When they regain consciousness, they are locked in cages.

Half-way through their yearlong captivity, the priest is taken away and presumably murdered. The nun is finally rescued and the perpetrator goes to prison. Following the kidnapper's death twenty years later, the surviving nun agrees to an exclusive interview with a young female reporter. Thus begins a weeklong cycle of intimate disclosures and sharing that draws these very different women to a level of trust and friendship neither of them could have foreseen or thought possible. In the nun's final revelation, the reporter learns that the "murdered" priest might still be alive and in hiding in plain sight.


• What inspired you to write this book?
The Saint of Florenville arrived as an unexpected gift on the morning of July 26, 2010. After five novels, I thought I had run out of stories. One half-finished novel languished on my desk, searching for direction and inspiration. On that July morning, I awoke in the pre-dawn hours with the full narrative arc of a story set in Bruges, Belgium. The protagonists were in place, as was the villain. Some details remained fuzzy, but subsequent mornings arrived with additional clarity to fill the holes. By mid-August, I had begun the first draft, which went more smoothly than any of my previous novels.


• Who are the primary readers for your book?
This story appeals to both men and women who believe that friendship can lift the human spirit to keep hope alive and endure Holocaust-style conditions. My readers also demand a page-turning story that grabs them and pulls them to stay up long past their bedtime. Ideally, my readers believe in the value of religious faith and fidelity to commitments, even when those values are put to the extreme test.


• How did you come up with the title?
The story is about modern-day (uncanonized) sainthood. The saint in The Saint of Florenville: A Love Story would be the last person to consider or call himself one. He is a broken man, slowly healing and living in obscurity, yet over the years people in the town of Florenville, Belgium, have migrated to him, seeking his wisdom and the secret to his obvious spirituality holiness.


• Do you have anything specific that you want to say to your readers?
Yes, I invite you to interpret the book as you wish. That is our privilege and duty as readers. We inevitably change the text, making it our own, finding meaning in the story beyond the author's original intent.