about this book: In the Bible we find a description of what can only be described as, one mistake after another. Angels are created, only to fight a war, humans are created, only to fall, religion is created, only to fail, so all is flawed. The Angel Ultimatum is, "make sense of creation, or else." It is a book for those who want to understand the meaning of life, but it is not about religion, which is irrelevant. Instead, we examine the creation of individuality, from chaos, where individuality is what creates the chaos, resulting in the chaotic world in which we live. The traditional explanation for creation is quite untenable, but the explanation for the creation of individuality is quite different.

If one creates an individual, it is then hands off, otherwise individuality is sacrificed, which opposes the very point of the creation. The resulting, "free will," must then produce extremes of both good and evil, and there is no other way. If then, the Angels are individuals, the same chaos can be expected, and the result can be war. The Divine then connects to the creation through a, "law of love," the significance of which is completely missed by many theologies, and versions of that law are found everywhere, including in every major religion. The untenable explanation for creation then becomes the tenable explanation for the creation of individuality, in which the Divine connects with the creation through love, and only love. 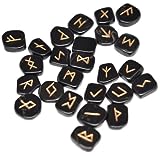