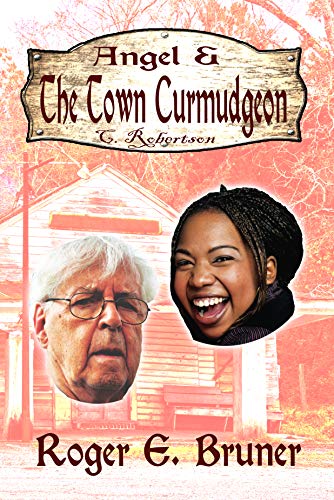 about this book: This novel had its roots in a book idea I had ten years ago and another from five years ago. Both of them were too complex--too deep--for me to handle as an author. But those ideas came to mind again around the beginning of 2020, along with a way to handle them without having to stress over their difficulty. The writing of the book took approximately five months.

I had fun titling this book. Cecil Murphy, who did the actual writing of 90 Minutes in Heaven, was in an email writing group I was in, and he often described himself as a curmudgeon because of the way he often reacted to other people in the group. Thank you, Cecil. I wasn't familiar with the word curmudgeon prior to that.

So Claude Robertson became the town curmudgeon. I made him eighty years old mostly because I'm seventy-three and thought an older male protagonist would be appropriate, but also because I already had a picture (one I hadn't used previously) of an old man who looked at least eighty.

I'm not quite sure where the idea of having a black teen girl who would become Claude's best friend, Angel, came from. However, during my first few years after college I had a good black friend--one of the best friends I've ever had--and the memories of laughing about our differences together may have served as a springboard for some of this novel's details.

Designing the cover was a real challenge. I wanted to include at least the heads of Angel and Claude. I originally approached a black author friend about the possibility of using a picture of her daughter, but the daughter didn't want to. In looking for pictures online I finally found the perfect Angel, but she was in a picture with two other girls and that required me do some tight editing just to separate her head from the rest of the picture.

I realize some people won't care for the two floating heads, but I thought it extremely important to give readers a good rendition of my characters--and the contrast of their races and their ages--without other distractions. The front cover actually plays a part in the story, but I'm not giving any spoilers. Anyone buying the print edition will discover that the background picture of the dilapidated store wraps around the spine and covers the back cover as well.

I had no idea the BLM movement would pick up steam shortly after I finished the draft and a number of the revisions. While this story doesn't have anything to do with equalizing racial justice, it very strongly affirms the importance of good relations between the races.

Even though the female protagonist is a teen, this is not actually a young adult book. I would love to have teens read it, though. In one sense I think of it as a novel for the family...or at least for teens and adults.

Readers will enjoy the good clean fun and get a special kick out of Lolita, Claude's pet hen. She plays a key role in the story.