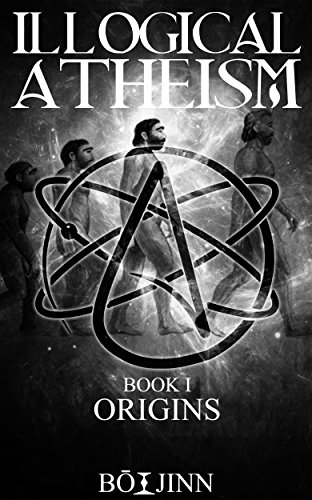 about this book: Part I in the "Illogical Atheism" Series: An in-depth critique of contemporary atheist philosophy and culture, with particular emphasis on the irrational argumentation and militant propaganda in the written work of Richard Dawkins, Sam Harris, Daniel Dennett and the late Christopher Hitchens; the so-called "Four Horsemen of the New Atheist Movement".

This book examines the rise of the New Atheist Movement from the broader culture of contemporary atheism, as well as the sociological reasons behind the recent growth in atheistic belief in the last few decades. This first part in the Illogical Atheism series sets the tone of what this series of work aims to achieve, which is the delicate unraveling of an inherently perverse militant movement operating within atheist culture which has been led by the likes of Dawkins, Harris, Dennett and Hitchens.

The scope of this work is to raise awareness toward the propagandist maneuvers employed by the leaders of this movement which have penetrated the public consciousness, particularly through the medium of the internet; proliferating forms of atheistic argumentation and belief that are profoundly illogical and anti-philosophical which, coupled with the systematic use of propaganda has led thousands of adolescent men and women to a profoundly disturbing hatred for organized religion.