Book: Jeremy and the Summer of Stalking - Complete Version by Mark Sutton

about this book: 'Jeremy and the Summer of Stalking' chronicles the chaotic summer experienced by the twisted and unhinged Jeremy Felliwell, a curious, borderline sociopath with particularly unpleasant habits, who has recently been released back into society following incarceration in a mysterious 'establishment'.

Jeremy faces a number of challenges in his day to day existence that test his patience to the limit; he is forced to live with an elderly relative who he hates, falls prey to a mysterious stalker known only as 'Sultry Ella', gets his first ever girlfriend, and is visited by an exotic stranger claiming to be his long lost half-sister, Lucinda. Jeremy also has an ongoing enemy to contend with; his miserable care-worker, Pippa McBridey, with whom he constantly locks horns during the assisted fortnightly shopping trips.

'Jeremy and the Summer of Stalking' also introduces a number of mysteries in which to tantalize the reader; what, exactly, is 'The Device' that Jeremy is building? What really happened with Jeremy and his Great Auntie Mavis shortly after Christmas lunch in 2003? Who is 'SHE', the unnamed celebrity that Jeremy is obsessed with? What is included in Jeremy's 'collection'?

'Jeremy and the Summer of Stalking' was written over a four month period in 2008. Prior to this, the character of Jeremy Felliwell appeared on two websites created by the author, 'The Round Guide to Morality', and 'Advice 4 Maniax'. 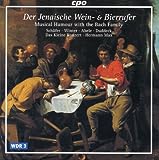 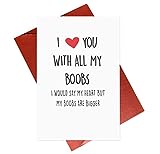