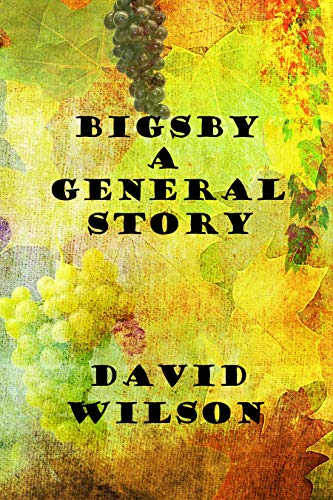 about this book: "Bigsby A General Story" is a short humorous fictional story whose main characters are two Generals from the British Army who meet up with a General from the French Army during a fictional war. They are members of the aristocracy who enjoy good food and wine.

It tells of their humorous exploits and their excuses for not venturing near the battle front. It finally tells of the heroics of Bigsby in saving many lives which brought an end to the war and also of his other exaggerations. The book is written in a purely conversational style on which I would like as much feedback as possible. I was inspired to write this book as a bit of light relief after researching and writing about the First World War. I think we all need humour in life as it is said that laughter is the best medicine! I chose the cover of the book because of the characters love of fine wine.