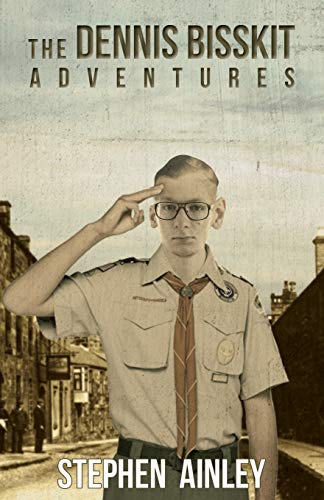 about this book: The Dennis Bisskit Adventures, tells the fictional story, of young Dennis. Born in Dudley in 1945, on the day the war ended. It should have been a good omen, but instead, it's one disaster after another. The book tells the adventures of a young, accident – prone lad, growing up in the 1950's and 60's. Described has "hilarious" and "laugh out loud." Dennis tackles, school-life, The Wolf Cubs, holidays with his family. Then moving on to his first job, in a Wolverhampton, Department Store. Until finally, joining the Staffordshire Regiment, and days after completing Basic Training, finding himself fighting in Uganda.

Meeting lots of colourful characters along the way. Such has, best friend, Stinky Blackshaw. The all-powerful, Mrs Ricketts. And the memorable Colour Sergeant Plunkett, who teaches Dennis everything he needs to know about army life, and finally makes a young man of him.

Will appeal to anyone who enjoys a laugh, but especially anyone who feels nostalgic for an era before, computers, smart phones and the Kardashians.

Readers are loving Dennis, and asking for more. A sequel is nearly completed.

I so enjoyed this wonderful book about a young boys adventures, growing up in England in the 1950's. Lots of laughs but surprisingly moving on more than one occasion. Really hoping to read more of Dennis Bisskit. [by Sally J Swinton]

Don't think I've laughed so much at a book in years. So many great characters. Can highly recommend. It's a book that any age group would enjoy. [by Dave Smythe]