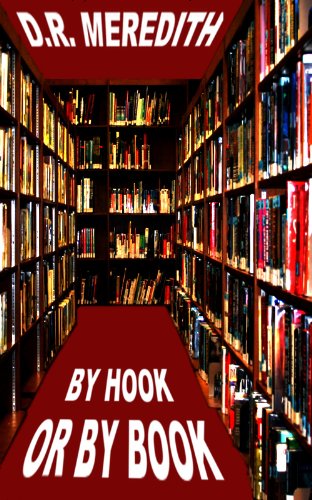 Book: By Hook or by Book (The Megan Clark Mysteries) by D.R. Meredith

about this book: Fresh from her triumph of trapping the murderer in her first adventure, (an account if available in MURDER BY VOLUME)Megan is now concentrating on writing papers for publication in professional journals. As an unemployed paleopathologist and last on the waiting list for a job as a plain vanilla forensic pathologist, Megan is desperate to keep her name before her professional peers least she be forgotten and fated to spend her life as an assistant reference librarian at the Amarillo Public Library. Her present topic is a paper on string figures and their relationship to individual cultures. What better way to conduct research into the worldwide nature of string figures than to ask Time and Again Bookstore and its mystery discussion group to sponsor a conference of members of the International String Figure Association? Agnes Caldwell, the owner of Time and Again Bookstore, and the discussion group enthusiastically embrace the idea, and the Megan is on her way to immersing herself in the culture of string figures. Ryan is relieved that Megan is pursuing something besides a murderer. After all, what kind of trouble could arise at a string figure convention? Broken strings, knotted strings, lost strings?

Ryan's relief is short-lived. A brawl breaks out when a seedy stranger appears at the convention claiming to own a long-lost second manuscript on string figures by Caroline Furness Jayne that he willing to sell to the highest bidder. The attendees sign up for an opportunity to view the manuscript before submitting bids in a silent auction. When the stranger is found dead in his room, murdered by means of a string figure called Cheating the Hangman, Ryan worst nightmare comes true: Megan Clark is on the hunt for a murderer again.

WARNING: This is an amateur sleuth mystery written for the entertainment of a specific audience who enjoy a humorous cozy story. Those who want a more realistic tale of crime need not download.