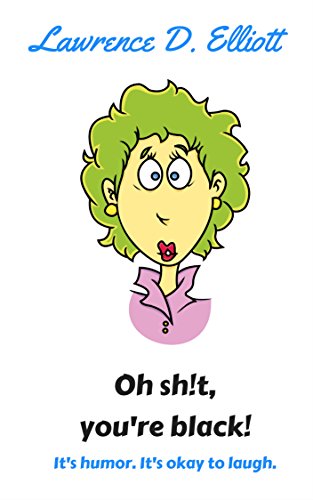 about this book: Lawrence D. Elliott is an American author, whose work has appeared in many popular books, including four from the best-selling Chicken Soup for the Soul series. His words can also be read at The Huffington Post. He's been interviewed for such radio shows as The Daily Wrap from The Wall Street Journal with Michael Castner. This time, the author takes a humorous look at the often sensitive subject of race.

Have you ever heard a voice over the phone and, based on how it sounded, created an image of that person in your head? Perhaps the voice sounded sexy or sultry or sweet. Even handsome. But then, you finally meet that person and he or she just didn't live up to that image you created. Well, this situation has happened to the author many, many, many times...only for a completely different reason.

This ebook contains a collection of humorous anecdotes, taken mostly from his time in the real estate and mortgage business in Southern California. Having spoken with thousands and thousands of people over the phone, who had no idea how he looked, he's received quite a few interesting reactions when they finally met him. Most of the time, it's quite amusing. Sometimes, it's sad as he discovered the true situation of race in America.

By the time you get to the story's surprising ending, you'll understand why he jokingly tells people, "I have a white man's voice trapped in a black man's body."