Book: Out of the Loop by Morgan McFinn

about this book: This book humorously chronicles the musings and meanderings of a middle-aged man from Chicago who moved to a so-called 'tropical island paradise'. He holes up in a wooden, palm-thatched bungalow along the shores of a beautiful bay...no television, no radio, no newspapers and no Internet. He encounters a host of interesting characters who are either seeking to find themselves or seeking to get away from themselves.

The book was written over a period of five years. I think its primary readers would be those who appreciate wit and well-written prose. Also, to all those who often fantasize about abandoning the rat-race and settling down amidst the soothing charms of a tropical island paradise.

The title of the book 'Out of the Loop' is a double-entendre. It refers to the center of Chicago known as 'The Loop' where Morgan McFinn is from and the expression used to connote someone who is removed from the bustle of information and events that concern so many people in our modern civilization. 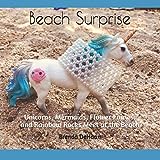