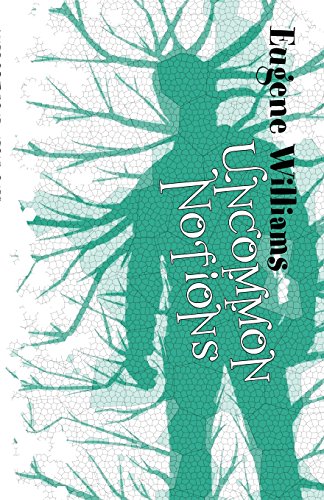 about this book: America may not be the birthplace of humor—I am told that distinction belongs to the people that invented the cuckoo clock, when they weren't taking everything else so serious—however, America is filled with uncommon people and a lot of them are sharing their own uncommon notions. You won't have to venture far to hear a few of my Uncommon Notions—like a man in Kansas that for some reason believes his wife is a vampire simply because his money keeps disappearing right after payday. You'll spend a few moments in a looney bin with a not-so-common lunatic who has started every major war since WWI from his wheelchair. You'll find out why so very few people from Iowa ever go golfing at Grey Wells, Scotland, and find Easter Island without leaving Cleveland. On and on you'll go, on adventure after adventure, in some very uncommon notions. Forest Gump brought us the immortal words, "Life is like a Box of Chocolate." Rather interesting metaphor for life, wouldn't you say? In many respects, Forest was right. Life is like a box of chocolates, but whether your life is like a frozen box of chocolates or a gooey, melted box of chocolates is open for debate.

Now if you are one of those persons that fall into the frozen area then you find everything you hear and see hard to chew on. You gnaw away like there is no tomorrow until your gums hurt or you give up and spit the whole mess out as just too damn much trouble for whatever little pleasure or insight you might gain.

But if you fall into the gooey melted area of life's observation gallery, then everything is all blended together and you don't really give two cents about what you see or hear because it's all pretty much BS anyway or you fall for the BS like a kid in a candy store. Gooeyness is a two-edged confectionery knife so to speak.

Then there are, those Gumpnites with their box of chocolates who take a chance on eating that perfect almond blend, hoping to avoid those cherry filled mess making no account gelatinous awful delights, you know, the ones you pick out of the box a thousand times although you know you hate them.

Kinda like a little mental torture test you put yourself through just to see if your taste buds are paying attention to you.

Other books by Eugene Williams (more)