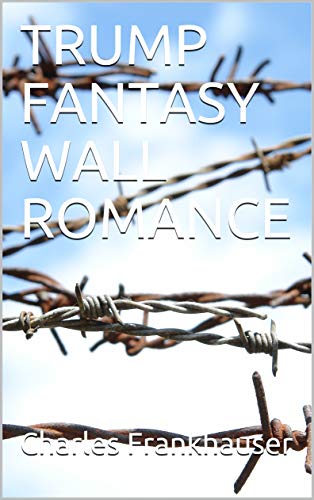 about this book: Inspiration to write this novella in the genre of humor, fantasy, and romance resulted from the author watching TV news, suffering sleepless nights while composing a storyline, and typing the manuscript in the mornings. A White House staffer working in the West Wing and a Texas fence and cattle pen builder meet by chance in a Georgetown bar. Their hometown was too small to be a town. They shared the same post office address at a nest of boxes near the Rio Grande at Mile Marker 103. The boxes were located on a dirt road next to the Interstate. The fence builder moved to Washington after he learned the White House was also known as The Peoples' House. The staffer worked with President Trump in the Oval Office, she gave Billy Bob a contract to design and test barriers to be called a wall along the border between the United States and Mexico. Billy Bob worked in an underground office near the helicopter landing area on the South Lawn. The design proposal resulted from a story told by an old man during a cookout.