Book: In Other Hands - Revised Edition by George Thomas Clark

about this book: This book is a revised edition.

Many of the most unfortunate people I've encountered - the poor and homeless, and prostitutes and victims of human trafficking - also proved to have the most moving stories. I've interviewed countless people in the United States, hundreds during my many trips to Mexico, and a fair sample of others during single sojourns to Spain, Cuba, Ecuador, Nicaragua, and Costa Rica, and chosen a variety of intriguing characters to write about for my book In Other Hands. Among the unforgettable people I met were the mentally ill lady who lived under a bridge in Bakersfield but proudly spoke about her accomplishments, the campesinos from the state of Veracruz who set up camp under a monument in Mexico City and daily protested publicly and in the nude, the young lady who was abused as a child and later as a adult before becoming, in effect, the slave of a trafficker, and the lad from England who battled drug addiction there and moved to Madrid to clean up but got worse and often sought drugs in one of the most dangerous places in Spain. 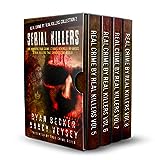