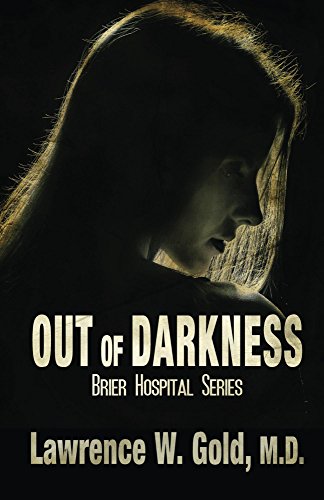 Book: Out of darkness (Brier Hospital) by Lawrence Gold, M.D.

about this book: FROM A FIVE STAR REVIEW: A MUST READ BOOK

Out of Darkness is a medical novel by Lawrence W Gold. MD. It is as wonderful as his other books. This book is very realistic and the characters are well-developed. The plot is well-developed and is constantly changing. I could not put this novel down.

Out of Darkness deals with the abhorrent problem of human trafficking, the fastest growing criminal enterprise in the 21st century, ranking second after drug smuggling.

There are more young American girls entering the commercial sex industry—an estimated 300,000 at this moment—and their ages have been dropping drastically—the average starting age is an alarming thirteen.

Out of Darkness follows Cynthia Lange from despair—her mother selling her into sexual slavery, to her rescue by the FBI, and her difficult transition to a prominent physician at Brier Hospital in Berkeley, California.

While she had escaped from "the life," she can't rid herself from its aftereffects. She deals bravely with them and begins a new life. While the FBI created "legend" obscures her past, circumstances threaten to reveal the truth and destroy all she had worked so hard to create.

We discover in this novel that the human spirit can triumph over evil.