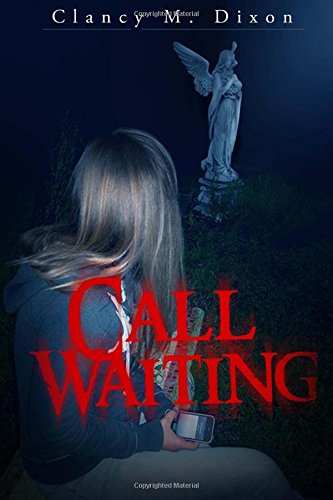 about this book: My book, "Call Waiting," is about a young woman who buys a cell phone only to realize dead people can reach her through it. The first call she gets is from her brother who has been killed in an accident; when he calls she doesn't believe him until she learns it's true.

I was inspired to write this book because I love a good original horror story, and I thought the role phones play in our lives was being under utilized for this genre. This book is for anyone because it has cross-over themes; for example, one of the calls my main character receives is from a little girl who has been adducted, tortured, and raped. Her call leads my character to search for her as well as the kidnapper; nevertheless, the primary readers of this book would be people interested in horror/fiction.

It took about two years to write, but the idea was in my head about six years ago. The most difficult aspect of writing the book was not going off on tangents. I did research the psycho-phone invented by Thomas Edison: I believed it could tie into the mystery of my novel if my character got his phone number. Edison was a spiritualist who truly believed he could make a phone capable of reaching dead people.I learned life after death can be just as intriguing, if not more so, than life itself. I would like my readers to understand many people interact with children on an everyday basis so never take your child's safety for granted.