Book Review: Did You See That? by Lawrence Gibbs

about this book: "Did You See That?" is a book strongly based on my father's original movie script for the film. The film's script was constantly re-written and edited to compensate for budget issues. The book presented the opportunity to show the story as it was meant to be; with all the magic, gore, and extra characters.

More specifically the story itself is about a witch named Chaka Attah. She lives in present day California in a world where witches and wizards have evolved alongside humanity in secrecy. She's fallen in love with a human from her college and has many failed attempts at trying to "charm" him (both magically and physically) and finally resorts to using a book of spells her witch mentor, Mildred, was put in charge of temporarily watching over. What Chaka wasn't aware of was the demon-soul sealed within the pages known as Thaddeus Ayromlooi. As soon as Chaka, with the help of three of her friends, attempt to use a spell the demon takes advantage of Chaka's weak abilities and attempts to break free.

This would be where Lamar comes into play, he is the brother of one of Chaka's friends and slowly but surely being assimilated into the role of "Guardian", a member of an ancient order tasked with keeping peace between the world of magic and the world of humanity.

With Thaddeus' essence half way out of the book he seeks to take the lives of Chaka and anyone else involved in the original spell, as they are the only ones who can send him back.

This book is actually the first in a series and took about 3 years to finish including all the re-writing. Also my first book ever finished. I have a few more of my own ideas for more books so I hope to take my writing far in life.

Scary and suprise touch of Romance

I feel the book is a modern day love story that dabbles along the thin line between love and hate and the terrible consequences of forced romance. The book takes turns into a unwanted adventure of magic and mayhem based on the worlds most Powerful word Love. Their are things seen by characters in the story that are just not believable even when seen hence the title Did you see that? I have seen the movie which is good but I am more impressed with the book. [by Powerman MC] 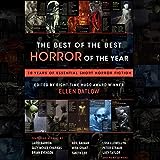