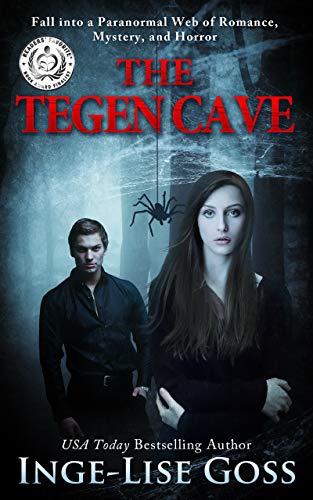 about this book: "From the gut-grabbing prologue to its explosive conclusion Goss's spine-tingling debut story gives new meaning to the phrase 'a blood-curdling adventure.'" — Foreword Clarion Reviews.

How I came up with the title, The Tegen Cave?

Before I started writing the novel, I dreamt about the story and had scenes continually bouncing around in my head for a couple of weeks. I knew poisonous spiders would play a significant role in it. I wanted a title that would relate somehow to the spider species in the novel. In researching the various poisonous arachnids, I came across the hobo spiders, Tegenaria agrestis. They are toxic, aggressive, and cunning spiders. They construct funnel-shaped silk webs and lie in wait at the small end for an insect to stumble upon the structure and become trapped in the clinging fibers. Nearly all spider bites attributed to the brown recluse in some parts of the U.S. were actually inflicted by hobo spider. Tegen, a human-like deadly species introduced in the novel, was derived from the name Tegenaria.

The spiders in the novel are mutant hobo spiders, and have expanded abilities beyond those associated with the known species. In order for tegens to survive and multiply they require the mutant spiders' venom to incapacitate their prey and for other reasons that are revealed in the novel. Hobo spiders have enemies, particularly larger spiders, pesticides, and fire. The mutant species needed to be shielded from potential predators and anything that might cause them harm. To protect the valuable and irreplaceable creatures, tegens established a habitat for the creatures in a cave, a safe haven where their precious spiders can flourish. The cave is also used by tegens for secret ceremonies and as a sanctuary.

Deciding whether or not to go to "The Tegen Cave" becomes a painful life or death choice Sara Jones, the protagonist in the novel, has to make.