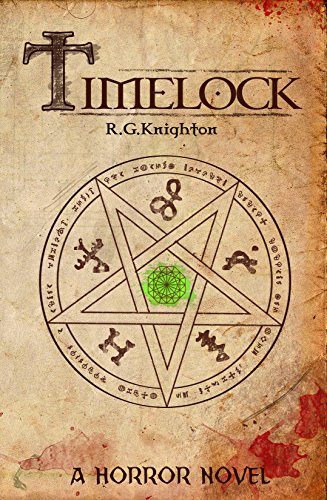 about this book: This is my debut novel 'Timelock'. Inspired by great horror and adventure writers of or time, I wanted to create something that not only satisfied the lovers of gory detail, but to combine a good plot and storyline to keep an interest from the first page to the last. The book was actually penned some seventeen years ago, but soon forgotten until recently when I have became inspired by the rise of ebook technology and decided to transpose it into a digital format.

The book itself is a chilling horror novel containing two books, each with its own storyline and both are set apart by two thousand years of history.

The stories although separate, portray the same central character that brings the two books together at the end in an unbelievable jaw dropping finale.

The first book takes place over a few days in November 1986 when a group of students conduct an unusual séance and open a portal into the realms of the deceased, releasing back into their world apparitions of gruesome and violent death.

Carried along within this release is the tormented soul of an Egyptian magical priestess who is hell bent on retribution. The students now must find a way to return the lost souls and also to defeat the priestess before it is too late.

Book two is a new story set nearly two thousand years ago covering thirty-two years of the life of the same evil priestess as she develops incredible powers and constructs a Machiavellian plan in her determined lust for revenge to wipe out the human race as we know it.

The last section of the book again brings the priestess face to face with the students as they battle to save mankind.

The saga concludes with an incredible and thrilling climax, based loosely around one of the biggest religious events in history in a final battle between the powers of good and evil.

This book contains everything that sends shivers down my spine and I hope it will for you too.