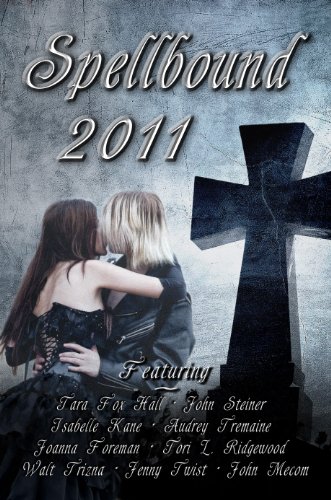 about this book: Last year my publisher put out a call for submission for a Halloween anthology - something I considered to be right up my street - and I wrote 'Uncle Vernon'.

Uncle Vernon is the strangest character in a very eccentric family. The McCaffreys live in an ancient house in an English village. The place is falling down around their ears and their response is to do temporary repairs which are never quite made permanent. They are a happy and boisterous lot, but distinctly odd.

Alison, having fallen in love with Gary, the youngest son, is staying at the house, secretly sharing Gary's room, for Halloween. Unfortunately, her secret is discovered when she unexpectedly meets Uncle Vernon and screams in fright.

Uncle Vernon is very spooky indeed. He returns to the village every year at Halloween in search of his lost soul, and he spends a lot of time in the cellar. Nobody knows what he does in there and nobody seems prepared to find out.

I used to know a family with a spooky uncle. They didn't live in a village, their house wasn't falling down and the uncle wasn't quite as spooky as Uncle Vernon, but it was he who inspired the story. I met him once and he frightened the life out of me.

The other stories in this book are all good and some are excellent. Most of the other authors have become and have remained my friends.

• Spellbound At Midnight by Isabelle Kane & Audrey Tremaine [story 1]:
Romances were never my thing, but in reading this I realized the romance was itself a cleaver disguise for conflict in another form. The restaurant is a battle of sorts, and I only realized it as such at the end. Viole Godin's own employer strikes me as similar to a really bad artillery officer who doesn't realize she's shelling her own side. That created an isolation of the main character from what she might otherwise take as her support network adding to the edginess of the story. The supernatural element of the story didn't surprise me in the slightest, but the introduction and use of it was still satisfactory.

• Room 1309.5 by John Mecom [story 2]:
Always being a Tales From the Dark Side fan I'm still mixed about this story. In one respect I'm glad my initial estimations of who or what ran the hotel were wrong. And I do enjoy the fact certain things are left as mystery to the reader. However, I'm wondering if it shouldn't have included more build up to the conclusion, which itself felt as if brought on too quickly. The ending deliberately leaves room for one's imagination, which is good. However, the intended feeling of that end didn't come strongly.

• Mansion of Nightmares by Walt Trizna [story 3]:
Some will tell you that the use of the "creepy old house on the corner" is overused or cliche. But I say not a chance with Mansion of Nightmares. The use of setting and description are key to bringing new life to stories of old dead houses, and Trizna does that superbly. Those familiar with Rod Sirling's Night Gallery will surely love this tale.

• Uncle Vernon by Jenny Twist [story 4]:
Language has power. It manipulates the mind of the reader. However, the truly amazing writer can take two or three deceptively simple words together in a way that forces you to stop reading a couple minutes until your chuckling passes. Twist exercises this hold over her readers, and be it dialogue or narration she can snap a linguistic rubber band straight at your funny-bone like a sneaky kid seated in the back of the class. That she can do the same thing to instill foreboding, edginess and dread is doubly stunning. It leaves me thinking I have something to learn from her in the genre of horror short stories.

• Half Seen, Half Hidden by "me" [story 5]:
This story started with a blurb that popped into my mind when walking between rooms. It didn't spring forth as fully as from the mind of Zeus, but a little wordcraft got the idea I suspected it would be. The story was more than to an effort pay homage to an era of transition in horror. It also was my contribution to the various cultures that were a cross-section of America in the 1970's. The choice of vernacular had to reflect the times and places the characters lived in, yet be additionally distinct from each other. Also, I enjoy challenging people's assumptions with social commentary and maybe get readers to cast new eyes on old concepts.

• Ghost Taxi by Joanna Foreman [story 6]:
My genre are normally science fiction and horror to a lesser degree. So Ghost Taxi wasn't my type, yet I still enjoyed it. Partly because of the extraordinary details of life in South Beach, Florida. I've never been there myself, but reading this story has me feeling I could walk its streets and beaches without getting lost. The environment of hotels, restaurants, stores and passers by all help cast a light on who the main character is. Definitely well above the circles I swim in I nonetheless come away with a sense of having been amongst them. Now while writing this I went back to check the name of the main character and found it was never given. An extraordinary choice that, among with the narrative style turns the character into a lense by which the read sees the world Foreman creates. Though I never liked the movie Ghost- except for those parts where demons come out to haul bad people's souls off, I understood its use in this story, because that's the reference the characters needed to convey an idea. What's more I even enjoyed the ending though it's not remotely in a horror category.

• Telltale Signs Tori L. Ridgewood [story 7]:
Some of the best horror and scare is to terrify readers with what they don't see. This takes careful build up of seemingly mundane events priod to the main setting, and then shape that main event carefully with as much description as a sculpter on a statue. An accumulation of details great and small create a mental map and the reader starts to see where everything is in relation to everything else. They can trace their way back to the front door or point to where the stairs are though they're out of view at a given moment of the story. Here then you introduce bits and pieces to slowly dial up the audience's heart rate and put them on the edges of their seats. Tori Ridgewood walks you through all of this and controls the pace of your steps brilliantly. A perfect moodsetter for anyone who enjoys the Halloween [or Hallowe'en] season and likes a little scare every now and then just to feel alive.

• The Origin of Fear by Tara Fox Hall [story 8]:
In some ways writing horror is an act of assault on your readers' psyche. The author stalks their readers where they mentally and emotionally habitate then goads them to that place they would normally avoid. Once vulnerable the audience is pounced on by the stolyteller. In this approach to terror Tara Fox Hall's approaches the style of a prizefighter. When the first attack on her reader's sense of security has landed she's already lined up the next set of literary punches in her strike combo. And like any good boxer Tara sets up some feints to induce in her reader a certain belief despite what they thought they saw and heard in the previous scene. Then she lines the audience up for the haymaker of horror. Once the ride began Tara Fox Hall steadily quickened the pace into an all out sprint after the prey that is one's sense of ever wanting to wander anywhere near really old buildings.

For those who read these stories, on behalf of myself and the other authors, we hope you enjoy the selection in this anthology.

I always enjoy reading these anthologies from Melange Books because they always pick a great mix of stories from some brilliant authors. This one includes three of my favourite authors: Jenny Twist, Tara Fox Hall and Tori L. Ridgewood and each of them has brought yet another stunningly good piece to the table. This is just the sort of thing you want to read at Halloween - full of eerie and haunting tales. [by Emily] 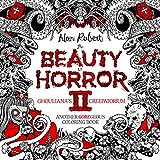