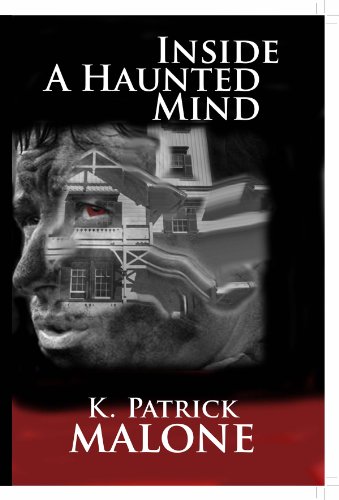 Book: Inside a Haunted Mind by K. Patrick Malone

about this book: As a bored attorney, became fascinated with world of horror and suspense through authors such as King, etc. and came up with unusual character. Small town police Chief, Terry Chagford is dying . . . of fright. The evil he thought he'd destroyed when he burned down the old Victorian house on the edge of town is back and it's after him. . . but not only him. It also wants Martin Welliver, the World Trade Center survivor he'd dragged from a car in the river not long before. Welliver, in an unfortunate twist of fate, bought the house hoping to find peace and quiet from a violent and uncaring world only to act as a conduit to revive the evil waiting for someone like him to give it life.

But what do the Mah Jong tiles and dreams of murder have to do with it all? What's the link between the house and the old woman with the Mah Jong tile bracelet? Chagford is a man riddled with personal demons. With his growing thirst for alcohol, increasing dependence on painkillers and bouts of crippling depression, could it be that it's all just the terrifying sum of his crumbling mind? And why can he not get it out of his mind?