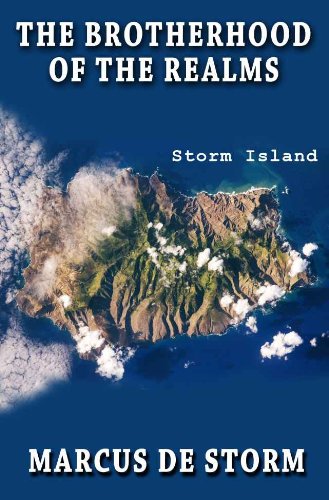 Book: The Brotherhood Of The Realms by Marcus De Storm

about this book: A city has become besieged with violent criminal gangs, corrupt police officers and judges that take bribes to free those hardened and most notorious gang members who stand high above the law. The streets are littered with the aftermath of turf wars, wannabe gang fights and the rising scourge of those younger generations wanting to be the controllers. Schools are running slow on educating the pupils on drug abuse, violence and the end results of actions against the system. And it is here that the story starts with the introduction of Marcus Chance, a normal teenager with problems for authority and his peers. Only those who he allows close enough to him are given respect, while those on the outside are warned away with a subtle warning of the look.

With little prospects expected from an education or a job awaiting his departure from school, Marcus is taken on by a secret group that call themselves "The Organisation", one of Seacliffe's most sought after criminal gangs that the police are looking to shut down permanently.

When Marcus is attacked by one of his teachers at the school, he is taken into hospital for emergency treatment. While here he befriends a young boy by the name of Michael Devon, someone that will put a rainbow coloured plume over Marcus's future. It is the connections between Michael, and the associates of The Organisation, that will bring together the one confrontation of life changing intervention and the true scourge of evils master plan. Only by choosing which side of the fence he is going to sit on will the future become clear, and only by staying on the right road will he discover the deadly secrets that surround Bluebell Wood.

• Inspired
Having read many horror stories when I was younger, as well as watching favourite TV shows like "Tales of the Unexpected", "The Hammer House of Horror" and "Armchair Thriller", my fascination for horror gave me the basic foundations and building blocks to write my own gore-horror stories. And with such great horror actors as Bella Lagusi, Peter Cushing, Christopher Lee and Vincent Price, as well as other British actors - and actresses - techniques and actions came pretty easy.

Of course my work could never exceed the greatest minds that put these old shows together, though my greatest wish would be to work along the same lines as these heroes of blood and death. As a young kid growing up on a large housing estate such as South Seacroft, Leeds, by watching the late Friday night horror just after midnight, I suddenly became less afraid of the night.

With so many dramatic incidents happening around Seacroft back in the late 1970's and early 1980's, the run of research and personally experienced cases of violence, death and murder, it wasn't long before my whole outlook on blood caused me to become that which many would never be - decensorsized. Once you sit through a fraction of the original horror films that I have, it won't be long before you're up all night burning the midnight oil writing down the end of the world its goriest detail.

• Prime Readers
I have always intended to entertain many people from the material that I write, especially when it comes to Horror. The actual extent of topics that I do cover from a Writer's point is 60% at the very least. Of course writing Poetry is still my number one act, next to story-short Crime, Gore, Horror and Erotica.

As a serious writer with five published books out on both Amazon and Kindle so far, there are those who have found my work interesting and those who stand by the genre as being that of horror.

• A Lifetime
What almost seemed like a lifetime to complete, it was "The Brotherhood Of The Realms" which took almost fifteen years (on and off) to write. The time consuming element of this project was down to the hand written process, while completion in long hand was then conveyed to the word processor, where it was finally formatted into eBook. The finished piece was surpassed by two of the twenty-five story short novels of "On A Storyteller's Night", and the very last novel in the entire series "Severed Ties: The Storyteller's End".