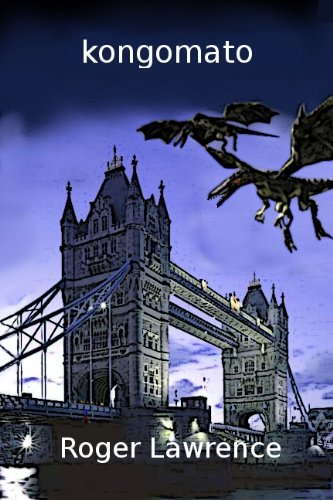 about this book: Three right-wing thugs accidentally release two ten million year old flying reptiles over the skies of London. They have an ingenious, not to say terrifying method of killing and eating people. If that were not bad enough, the Prime Minister cannot tell the population about them. Instead he enlists the help of a disgraced and now drunken scientist to kill or capture both. His only assistance is from an ex-girlfriend whom he loathes and cannot trust. They have one week before other countries take the matter into their own hands, provoking World War three.

Kongomato is an allegedly real creature which inhabits several countries in Africa. Research was difficult because so many sources give differing versions of the creatures. Naturally I chose the one with the largest size and most horrifying features.

The first two chapters of this novel began life as a short story as featured in my short story collection. After I'd written it I began to wonder if I could take it further.

As with all my other books I painted the cover.

When I wrote this it was destined to be a on-off novel. Since then people have asked me for a sequel, or even two. This put me in a bad position in terms of characterisation, but I've worked around it and the second should be finished in about six months. This was a wide diversion for me as I usually write science fiction.