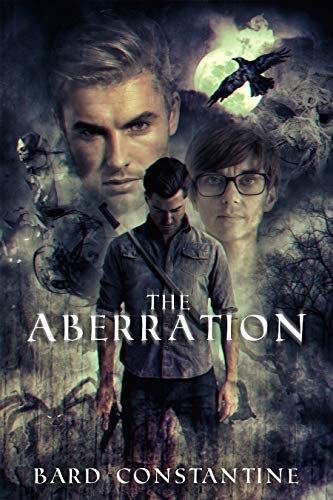 Book: The Aberration by Bard Constantine

about this book: The Aberration is the result of long shifts at the mill where I work at. On the second shift there is only a skeleton crew -often only three people on the shift. As I walked the mammoth ten story building, I'd often amuse myself by indulging the darker side of my creative nature and imagine all the terrifying things that could possibly happen on the night shift. Eventually the Aberration was born of those rather twisted thoughts.

Here is the story of Guy, a man haunted by visions of past horrors that appear to catch up to him in present time. His day at work quickly becomes a living nightmare as he and his coworkers are stranded and trapped in a storm that brings with it terrors from beyond our world. These Others, as he calls them, are faceless creatures that evolve with every relentless attack. They are spawned by the Aberration, a doorway that must be closed or else the Others will enter our world and spread their perverted darkness unchecked.

And only the six workers at the mill can stop them.

The Aberration started as a short story that I drafted into a screenplay, and then back to story form in the novella that's currently available. I think the different versions ultimately shaped the story into a more cinematic form. I tried to make the visuals pop out at the reader in a way that is jarring, but not so much overly graphic in detail. I think that what sets the Aberration apart from many other horror stories is the psychological thread. The manifestations not only attack physically, but even worse affect the victim's very sanity. To me that is always more frightening -to lose hold of your own reality as nightmarish events close in around you.

Ultimately I want to leave my readers with a story that will make them jump, but more importantly make them think. I could have easily fleshed the story out to novel size, but to me it felt perfect in a shorter novella form. With horror I feel less is more -I'd rather leave the reader wanting to read the next installment than being saturated with page after page of gory details. With the Aberration I hopefully achieved my goal of satisfying fans of both creature feature and psychological horror.