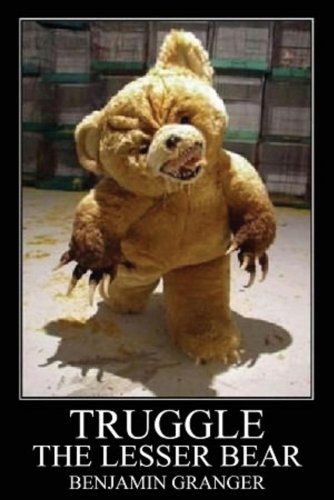 about this book: In a small wooded lot a busy woman stumbles upon a strange doll the neighbors possibly left. She attempts to reveal who brought the toy to her home, but she uncovers no real leads. Then when a letter turns up asking her to give the doll away as soon as possible, she ends up on the edge of reason as the doll is in the midst of being reclaimed by someone.

The doll although small and cuddly resembles a somewhat black entity similar to a doll she keeps in her home, but when a nearby psychic and fortune teller comes to her home asking her to give up the doll to keep her sanity, but she refuses. The stuffed animal then turns out to be more then she bargained for when the bear starts to grow a tail and red eyes.

When she discovers those details, she desperately tries to send it away to a pawn shop owner, but the next day he ends up dead, and a new feeling that the stuffed bear may not be what she considered a stuffed cuddly toy anymore. The story focuses on the character of Mary, and the stuffed bear that she suddenly inherits when the doll is left on her doorstep. She finds that although the stuffed bear did have an owner, he ended up in a mental institution, and the bear was simply left behind, either by someone else or the bear itself.

She doesn't want to come to the terms that it could have ended up on her doorstep, by itself, but when the tale that the previous owner claimed is finally revealed, she desperately searches for an answer to the horror of Truggle.