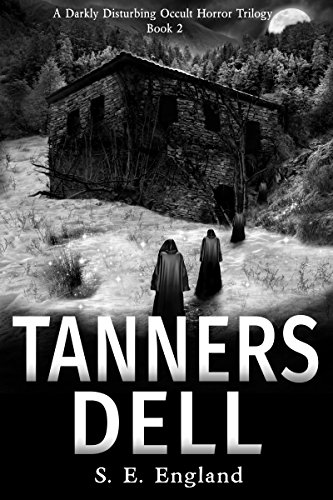 about this book: Tanners Dell is book 2 in a darkly disturbing occult horror trilogy, with book three scheduled for Halloween 2016. If you read the first in the series, Father of Lies, you will know that Ruby was the girl admitted to a forensic psychiatric hospital with multiple personality disorder, now known as D.I.D. Following hypnosis by her psychiatrist, an unholy dark force was released, affecting the entire medical team as each in turn tried to help unlock her shocking and sinister past.

Moving on to Tanners Dell - Ward Sister, Becky, is the only member of the original team left as she tries to rescue Ruby's 12 year old daughter from the clutches of the deeply twisted ex-mining community Ruby hails from. However, no one asking questions here is going to come to a good end...and we now start to find out what has really been going on in this desolate village, high on the bleak moors of northern England.

Inspired by a true story and factual research, this can be a shocking read. Advise to keep the lights on!