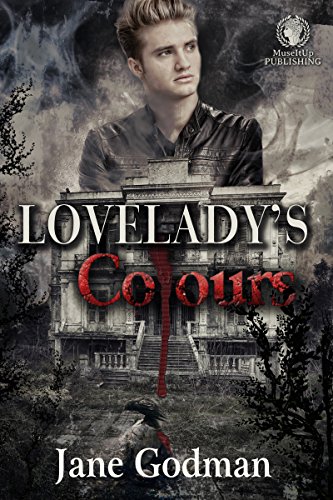 about this book: I have a confession to make. I am a synaesthete. It took me a long time to understand what that means. I see the days of the week, and to a lesser extent, the months of the year, letters of the alphabet and numbers as colours. I couldn't understand why other people looked at me oddly when I said Monday was blue. Wasn't it blue to everyone?

Another synaesthete will understand what I'm trying to say. If they have grapheme-colour synaesthesia, the most common form and the one I have. They will argue with me, of course, because they will see Monday and Sunday as different colours to mine.

Perhaps one in every hundred people experiences this fascinating condition, described by the UK Synaesthesia Association in the following way:

In its simplest form it is best described as a "union of the senses" whereby two or more of the five senses that are normally experienced separately are involuntarily and automatically joined together. Some synaesthetes experience colour when they hear sounds or read words. Others experience tastes, smells, shapes or touches in almost any combination. These sensations are automatic and cannot be turned on or off. Synaesthesia isn't a disease or illness and is not at all harmful. In fact, the vast majority of synaesthetes couldn't imagine life without it.

To put synaesthesia in context... McConaughey's character in True Detective is Rustin Cohle, a gifted sleuth. He has synaesthesia. On the trail of a serial killer, he can "smell the psychosphere" and he "tastes" aluminium and ash in the air.

Synaesthesia is reportedly eight times more common among artists, musicians and writers. The creative connections between the senses are seemingly heightened in synaesthetes.

Pharrell Williams sees music in colour, describing his synaesthesia as a conduit to God.

Edgar Degas and Edvard Munch were both synaesthetes.

In his biography of Marilyn Monroe, Norman Mailer said, "she has a displacement of the senses that others take drugs to find".

Tilda Swinton thinks in food. She explained: "The word 'word' is a sort of gravy. 'Table' is a slightly dry cake. 'Tomato' is not actually tomato, it's lemony."

Mozart said the key of D Major had a warm "orangey" sound to it, while B flat minor was blackish. A major was a rainbow of colours to him.

Vladimir Nabokov was a self-described synaesthete, who at a young age equated the number five with the colour red.

Why am I writing about synaesthesia today? To celebrate the release of my young adult horror novella, Lovelady's Colours. I always wanted to write the story of a synaesthete. In this book, Lovelady's colour related synaesthesia has a profound effect on his life and on the lives of those around him. The tagline for this book is 'Lovelady sees the colours of nightmares'.

One day science might unlock the mystery that is synaesthesia. Until then, maybe we should enjoy the products of some of the talented people who have this incredible condition. I'm humbled to be in their company. For now, I'll get on with the rest of my pine-forest green coloured day.