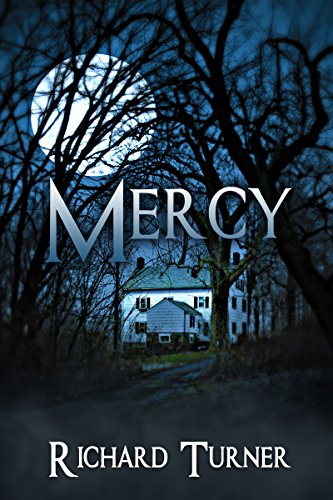 about this book: Mercy - A novel of terror.

In 1865 Louisiana, at the close of the Civil War Captain Robert Cooper from the Freedman's Bureau is sent to investigate a rash of strange murders and disappearances. Accompanied by his sergeant, their unexpected arrival in Williamstown is met with a mix of anger and suspicion. With gangs of demobilized Confederate soldiers roaming the woods, Cooper is quick to realize that his job may be harder than first expected. At first when only freed slaves are reported missing, the town's sheriff does nothing, but that change when locals start to vanish mysteriously as well. Yet, the terror that plagues the farms and plantations around Williamstown cannot be easily explained away. Something is in the woods waiting for night to fall and the truth may be more terrifying than can be imagined.

Some of Richard Turner's other books include: