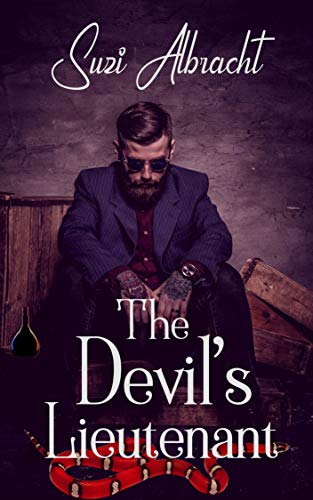 Book: The Devil's Lieutenant (The Devil's Due Collection Book 1) by Suzi Albracht

about this book: The Devil's Lieutenant is the story of a young, married detective, Jake Holyfield, who is investigating a series of unusually gruesome murders. As Jake works the murders, an informant, Mikael Ruskoff, clues him in that the killer is an enforcer contracted by the Devil to collect past due debts. Detective Holyfield writes the informant off as being crazy and continues to follow other leads until something horrendous happens that forces him to become a believer.

Once Jake faces the truth that the Devil does exist, his world turns upside down when he uncovers a video of one of the murders. As he watches, a blurred image of his best friend, Max Wilson, appears on screen. On the video, Max is observing the murder but it is unclear just what his involvement might be.

Jake is now determined to stop the killer and save Max from the same fate. Then matters take an even darker turn when the killer takes an interest in Jake's family – his pregnant wife and two year old daughter. Just when he wonders if he'll be able to protect his family and Max, he finds a surprising ally in Mikael Ruskoff. Together, they start a war against the baddest dude and his enforcer.