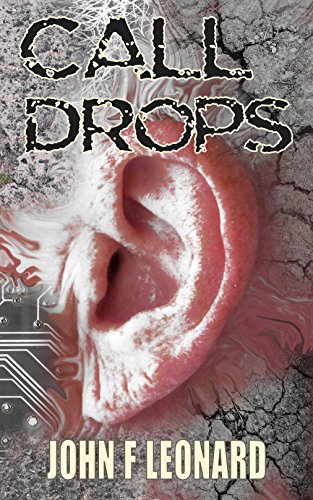 about this book: Call Drops is a short(ish) horror story that will perhaps make you think twice about impulse buying and maybe, just maybe, cause you to question the everyday, common place things that we take for granted.
Specifically, it's about an aging gentleman called Vincent. He's affluent but lonely and spends a good deal of his time browsing second-hand shops, on the lookout for interesting and unusual items. It's on one such occasion that he finds something that is perhaps better left unfound.
By then it's too late of course, he's got to have it and he's going to get everything that comes with it.

Call Drops is a tale from something called the Dead Boxes Archive, the first in a series of loosely connected stories that I have planned for the future.
It was written in a blurred few weeks and I can honestly say I've never enjoyed writing anything more. In many ways, it seemed to write itself.
It was finished shortly after Bad Pennies was published and there is an overlap with that novel, although they are distinctly separate works.

The Dead Boxes feature in both. Apparently ordinary objects that are far from ordinary.
Easily overlooked, scary on closer inspection. Terrifying in some instances.
Containers of miracle and mystery, horror and salvation.
It's possible you could have one. I'm not sure you'll want it.