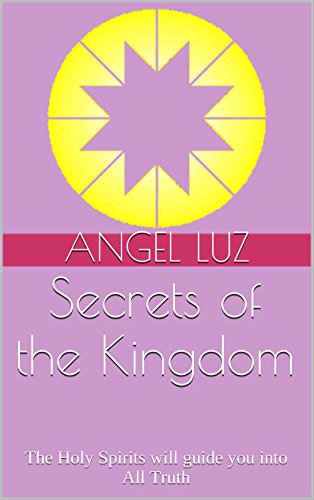 about this book: "Oh, there is so much more I want to tell you, but you cannot understand it now. When the Spirit of Holiness and Truth comes, he will guide you into all truth."

Go back with me to the time of Jesus. Then, life was very different. The people were young, inexperienced, morally deficient and intellectually inferior. Electricity had not yet been discovered: there were no telephones, no radios and no television sets; and at night, just to keep warm, people had to keep an open fire. There were no motor vehicles. Most people walked while the more affluent rode on the backs of animals. There were no trains or buses, airplanes or spaceships. No cameras, no computers, microscopes or telescopes, microwaves, air conditioning or refrigerators. No high-rise buildings or inter-island bridges. Water had to be brought up the mountain in pails.

Science was in its infancy. Ignorance was pervasive and superstition was the law. There was a very high illiteracy rate. Reading, writing and the beginnings of a formal education were accessible only to members of the nobility and the monastic scholars. Books were a rarity and there were no newspapers. People believed that the world was flat, that the sun was God and that the earth was the center of the Universe.

It is no wonder that Jesus referred to the people as sheep, lovable in their innocence, gentle and meek unless provoked, but incapable of deep rational thinking. And so, the divine teachings and instructions were simplified and coached in parables.

Learning and instruction are progressive. First the simple, followed by continued amplification and upgrading. So Jesus admitted, he did not reveal everything he knew. The Holy Spirit would see to the rest.

Who is the Holy Spirit? How does he guide us? What new things will he be teaching us? 'Secrets of the kingdom' reveals the answers to most all of our compelling questions about life, even the secrets kept hidden since the foundation of the world.