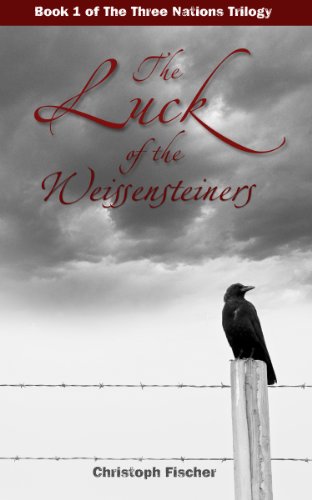 Book: The Luck of the Weissensteiners (The Three Nations Trilogy) by Christoph Fischer

about this book: Jewish weaver Jonah Weissensteiner moves from Galicia to Slovakia and eventually to Bratislava to bring up his family in a multi-cultural and liberal society. When his daughter Greta falls for German bookseller Wilhelm Winkelmeier, Jonah is supportive, but the Winkelmeier family has ambiguous feelings about the marriage.

The time is 1933 and what happens across the border in Germany begins to cast its shadow to the neighbouring countries. German occupation of the Czech area and the establishment of the New Slovak Nation, ally of Germany, complicate matters for the Weissensteiners and all Jews.

A large cast of supporting characters accompany the Weissensteiner family through their ordeals and show the complex and multi-layered effects the political developments have on the various inhabitants of Slovakia. This is not a holocaust story about concentration camps and certain death, it is about the more subtle effects of land reforms, Jewish laws and political opportunism and tries to highlight the multitude of fortunes that could befall people and Jews of the times.

It is a story of human survival,tolerance and a lesser known chapter in the European History of that era.