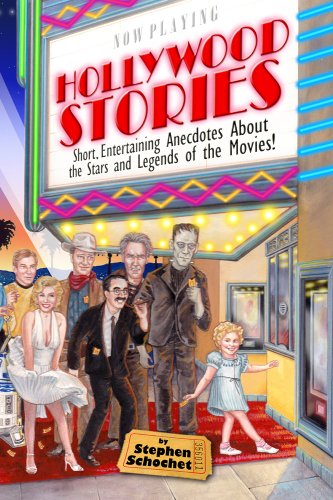 about this book: • Actor Lee Marvin was once too drunk to find his new Beverly Hills house so he bought a movie star map to locate it.

• Down in Malibu the real life Gidget had a good laugh while secretly watching the actors who played her and her friends attempting to surf.

• Using a slingshot and a pebble child star Shirley Temple once nailed Eleanor Roosevelt in the rear.

• Boris Karloff caused traffic to slow down when he tended to his garden while dressed in his famed Frankenstein's Monster get-up.

• Doctor Seuss was not initially pleased with his friend animator Chuck Jones' interpretation of How The Grinch Stole Christmas.

• John Wayne and his reluctant pal and designated driver Maureen O'Hara once stopped at a complete stranger's house on the way home from the studio and asked to come in and drink their booze.

Hollywood Stories features over a thousand anecdotes about movies, stars, television shows, directors and producers. These little vignettes, many with surprising endings, are a mixture of history, biography and lore. Author/narrator Stephen Schochet is a professional tour guide who tries to make both the customer experience and his job as fun as possible by collecting interesting tales about Tinseltown to tell his customers. The research material came from talking to maids and housekeepers, personally encountering stars like Lucille Ball, George Burns, Sammy Davis Jr and many more, reading hundreds of books, listening and watching interviews, going on line and more, his Hollywood research never stops and there are always new and fascinating tidbits to find out about the industry past and present. 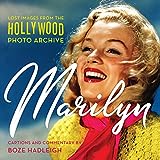