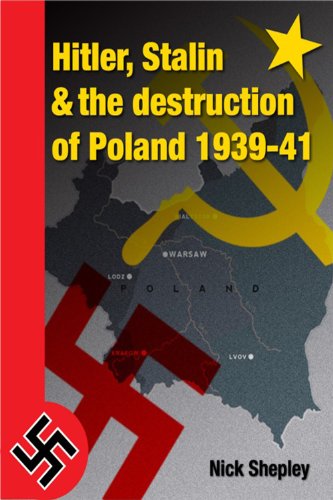 Book: Hitler, Stalin and the Destruction of Poland by Nick Shepley

about this book: "A day of holy horror" was how Fabian socialist Beatrice Webb referred to the signing of the Nazi-Soviet Pact, finally shattering all her illusions about the USSR. For the Poles the reality was infinitely worse, divided between two empires, one racially genocidal, the other intent on waging a bloody class war and viewing the entire Polish population as dangerous counter-revolutionaries.

The destruction of Poland, the beginnings of the Holocaust and Stalin's war against the Finns, Baltic States and annexation of Rumanian provinces are all detailed here, as is that strange other-world of the Second World War, where NKVD and Gestapo men met regularly and Hitler helped Stalin in his war against the Finns. This ebook also focuses on the plight of Poland's Jews and the courageous few who risked everything to save as many as they could.