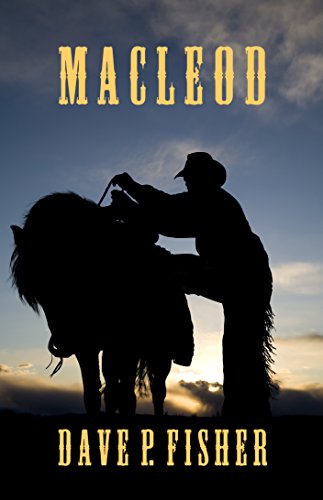 about this book: MACLEOD exemplifies the qualities of honor, courage, and a sense of duty. All standard elements of the 19th century Western man. Devon Macleod lives and breathes these qualities. Still, even a man of such standards can have his prejudices.

Although born and raised on the Kansas frontier he learned from his immigrant Scot father to hate all things connected to the British nationality. As much as Devon bore his code of honor for all to see, he also bore his hatred of a people he had never met.

Providence often determines a man's path through life and so it was with Devon Macleod. Bushwhacked and left for dead on the Chaney ranch he is found by the old widow Abby Chaney and nursed back to life. Devon learns that two men want the Chaney property and are willing to kill Abby and her daughter, Katy to get it. Hating bullies, and knowing he owes the Chaney's for his life, he puts his code on the line and takes up their fight.

In the process of fighting for the rights of the two women he learns that his hatred is ill borne. A series of unexpected events brings Devon to a world and life he never expected.