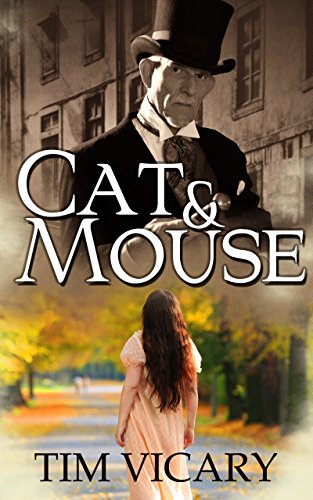 about this book: Cat and Mouse is a historical thriller set in London and Ireland in 1914, just before the First World War. It is about two sisters, Sarah, who is a militant suffragette, and Deborah, who is married to a British army officer in Ireland. The title, Cat and Mouse, comes from the notorious Cat and Mouse act, which allowed the British government to repeatedly send suffragettes back to prison for the same offence. Sarah, like many suffragettes, suffers forced feeding, but makes a dramatic escape from prison to join her sister. Both women have unhappy marriages; Deborah has a passionate love affair with a trade union leader, while Sarah's husband betrays her in ways she cannot accept.

I wrote this book after reading a great deal about the very dramatic way that British life was changing during this period. Women were not only campaigning for The Vote, but also against the 'white slave trade' – prostitution of young girls; working class men were threatening a General Strike; and in Ireland, the campaign for Home Rule looked like causing a civil war. So it seemed to me that there was a great deal here to write about!

Cat and Mouse is a fast-moving story with strong characters and a lot of action. It has a very dramatic ending, which a review from 'Moorsman' said was 'tense, protracted, well-narrated and as horrifying and memorable as the climax of De Niro's `Taxi Driver' - though much more thought-provoking through the anguished dilemmas which arise for each participant.'