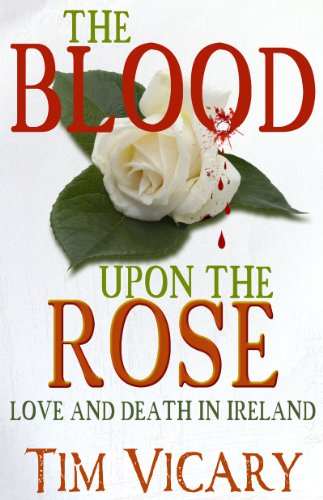 Book: The Blood Upon the Rose by Tim Vicary

about this book: The Blood Upon the Rose is a historical thriller set in Ireland in 1919. This was a dangerous, turbulent time of civil war in Ireland between the IRA, led by Michael Collins, and the British security forces. My heroine, Catherine O'Connell-Gort, is torn between these two sides. She is a wealthy young heiress whose father is a Colonel in British Army Intelligence, ordered by the Prime Minister, Lloyd George, to kill or capture Michael Collins. But Catherine, unlike her father, believes in Irish independence – and in the independence of women, too. A medical student, she falls in love with a working class Irish boy, who is involved in the IRA terrorist campaign. Her father, of course, has no idea about this, and tries to marry Catherine to wealthy young man who was badly wounded in the war.

The book is set in the same period as the TV series Downton Abbey, and Catherine would have much in common with Lady Sybil, who elopes with her Irish chauffeur to Dublin at exactly this time. I have often wondered if these two fictional heroines could meet! If they did, they would have much in common. Both come from the same social class, and have fallen for working-class men. But my Lady Catherine, as an Irish girl, would have a lot to tell Lady Sybil about the finer points of Irish history, and could introduce her, perhaps, to revolutionary Dublin society!

This book was first published by Simon & Shuster in 1992 (long before Downton Abbey) I tried to make it a fast-moving story, with strong believable characters in a tragic situation. I modelled my style on the historical thrillers of Ken Follett, particularly The Man From St Petersburg, which I have always admired.

The British author Jenny Twist wrote: 'This is one of the most poignant love stories I have ever read.' and the American author Alle Wells said: 'I enjoyed this book so much, that I look forward to reading it a second time.'