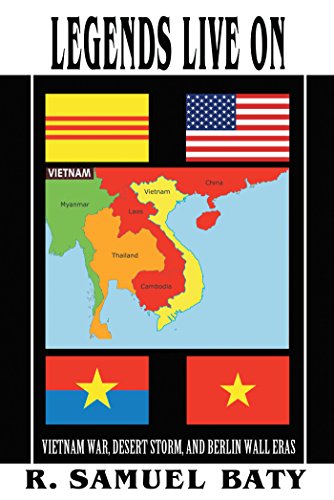 about this book: Jennifer Haraldsson Sherman is now a Wife and Mother. She is also an Army Nurse serving in the Washington, DC area. With Vietnam heating up, she is uncomfortable thinking of the young Americans who will be going there to fight and die. She feels an obligation to once again serve her country, but she knows she will have to get the approval of her family first.

In Eastern Germany, Jennifer's old flame, Otto Bruner, is working hard for German reunification. He has to be careful, though, as his bosses in East Germany believe Communism is the way to go. Underneath, Otto strongly disagrees. One only has to compare the standard of living between East and West Germany to know that Otto's secret feelings are correct.

In this fascinating and hair-raising story, the author lays out the many challenges that are inherent in one of the most exciting periods in the history of the United States. As he did with previous novels in the series, the author ties the challenges faced by the leading characters with the most powerful people of the era. The novel includes U.S. Presidents from John F. Kennedy to George Herbert Walker Bush. The result is a thriller with many twists and turns which brings the key surviving characters together in what can truly be considered the end of an era. This book is a must-read for all those who love a gripping story