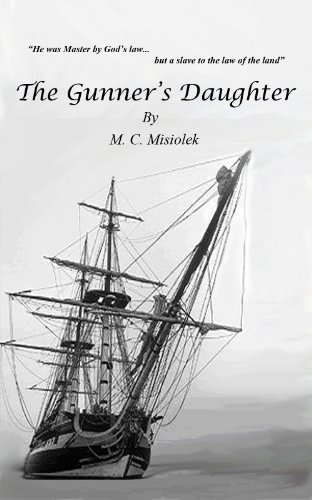 Book: The Gunner's Daughter - A historical satire and adventure by Michael Misiolek

about this book: When I started out writing screenplays my goal was to inspire young people in the handicapped community and to develop high quality marketable vehicles in television and cinema for physically handicapped performers. The characters in my scripts were specifically designed for that purpose. Unfortunately, there was no market for it and I was left with several unsold projects. The beauty of writing a character driven storyline is that people are people no matter who they are or where they come from. It's fun to see the human condition play out on so many levels among the diverse characters in The Gunner's Daughter.

Even the dually of the title, referring to both an actual person and a form of corporal punishment administered by the British navy during this period, supports the recurring theme of how social status defines the limits of one's potential in life - regardless of their contributions. This becomes more poignant against the backdrop of slavery. The storyline expands further, revealing the slave masters are slaves themselves. Ultimately, a contrived sense of competition between the classes leads to social collapse.