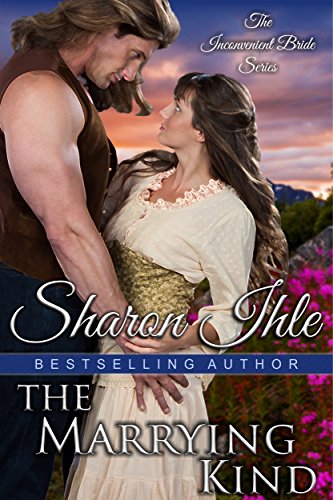 about this book: I set this book in 1883 Laramie, Wyoming Territory because of Wyoming's very tough stand for women's rights. They were the first to grant women the right to vote and were ahead of their time in making sure a female could retain the rights to land after a father or husband died. As with all my books, I traveled to the site, Laramie in this case, and found the residents there charming and as forward-looking as their predecessors.

In order to find a champion of women's rights, I came up with my very strong heroine, Liberty Ann Justice, a newspaper woman extraordinaire. She has been running the Laramie Tribune since her father's death six months ago. However, Savage Publishing in San Francisco, the parent company that owns the newspaper, instructed her to stop writing editorials in favor of women's rights. Libby firmly believes in the suffrage movement and has no intentions of stopping. But when a relative of the Savage clan, Andrew, shows up on her doorstep she is determined to convince him to let her run the newspaper her way.

William Donovan, my hero, happens to come to Laramie in order to collect on a debt from a very dead Andrew Savage. When Libby mistakenly assumes he is Andrew Savage, he goes along with the charade fully intending to tell her the truth before he leaves town. Of course, that doesn't happen and the two of them arrive in San Francisco under false pretenses. From there on, things get kind of crazy!

San Francisco is one of my favorite towns to visit, and though it has changed a lot over a hundred plus years, I could still find bits and pieces of what the old town was like. It was a real pleasure for me to take my characters on a tour of that historical town while they discovered the truth about one another. And though he insists that he's not the marrying kind, something about Libby touches Donovan in a way that no other woman has. But what sacrifices will he be willing to make to win her love?

• "I was so engrossed in this book, I hated that it ended!"

• "As with all the Sharon Ihle books I've read, the dialog is snappy and the story moves at a brisk pace."