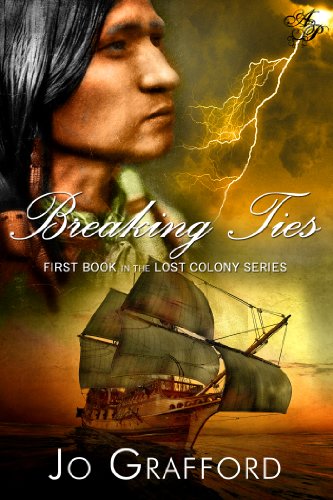 about this book: Calling all historical, romance, suspense, and inspirational readers!

In a trans-Atlantic voyage navigated by an unscrupulous ex-pirate, shipping clerk Rose Payne uncovers a conspiracy that will lead her and her comrades to an abandoned fort surrounded by hostile Natives and the ghosts of fifteen English soldiers left to guard the island a year before. In a desperate bid to save her friends, Rose enlists the aid of their only ally, Chief Manteo of the neighboring Croatoan tribe.

Returning from a year of diplomatic service to the English Crown, Manteo has reasons of his own for helping the floundering English colony. Completely bewitched by the fiery haired Rose, he intends to name a price for his protection that will take her at least a lifetime to repay - preferably in his arms.

Breaking Ties reveals the rest of the story of the Lost Colonists in a book of love and betrayal, hope and sacrifice and - most of all - courage and tremendous faith!

Video: BREAKING TIES, Book One in the Lost Colony