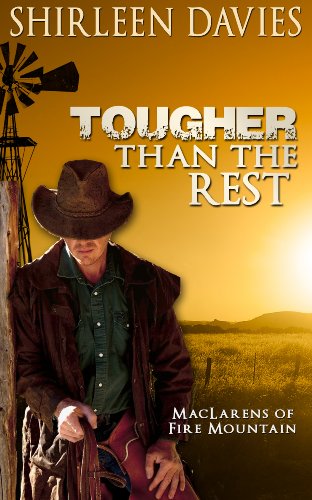 about this book: Niall MacLaren was fifteen when the death of his parents propelled him into the role of head of the MacLaren family and left him responsible for shepherding his three younger brothers to their uncle's ranch out west.

Twelve years later, a widower and father of six-year-old Beth, his burden has never been heavier—build the MacLaren legacy into a cattle empire to rival all others. His next marriage won't be for love but for power and connections.

The appearance of a striking young woman places a far greater burden on Niall in the form of an attraction he must ignore. Katherine has dreams of her own that don't include a ruggedly handsome cowboy, no matter how strong the pull toward him.

An accident leaves Katherine without a memory and living at the MacLaren ranch. With no where else to go, she must endure not only her attraction to a man who shuns her at every encounter but the frustration of reclaiming her memory and past life.

A visitor to the MacLaren ranch unlocks the key to Katherine's identity and further complicates Niall's obligations to family and ranch. Can each stay tough enough to push the other aside no matter how strong their desire?

Video: Tougher Than The Rest by Shirleen Davies