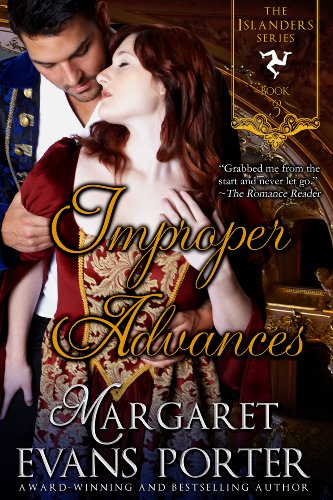 about this book: On my third visit to the Isle of Man--a place too few people outside the UK have heard about--I visited friends who live in Glen Auldyn. At the time I was researching the story of a scandalous opera singer and a dedicated scientist, linking it to my previous two books partly set on the island. I had enough knowledge about the protagonists to see the locations and landscape through their eyes--she a visitor, he a resident.

Most of the book takes place in late 18th century London. I spend a lot of time there and know that In its modern incarnation the city is quite different than it was then. Although Vauxhall Gardens--where Oriana sings at the popular evening concerts--is long gone, I found a specific house for her in Soho Square. Coincidentally and conveniently Sir Joseph Banks lived there at that time. Oriana's lover Sir Darius is a geologist, so it was great fun putting those two gentlemen together.

This is a story for readers who like plenty of historical detail with the romance and don't mind encountering real people in the pages of a novel. Nearly all the minor characters actually existed, and weaving them into the lives of Oriana and Dare was exactly the sort of challenge I most enjoy. This was also an opportunity to explore the tension between the demands of public and private life, and the challenges of celebrity during the 18th century. As a former actress, I was able to re-visit some of my own past. I also managed to predict my own future: Oriana plays the mandolin, and I was later inspired to take it up myself! (She's by far the better musician, I must acknowledge.)

My editor at HarperCollins (the original publisher) came up with the title. I can't even recall my working title. Of the 11 novels I've had published, I think only two had their titles changed by editorial, and this is one of them.

Because the novel has been so well received, I'm delighted to share some brief review quotes:

• "Grabbed me from the start and never let go…intelligently written and impeccably researched."
— The Romance Reader

• "Brimming with complex yet enjoyable characters, an interesting and fast paced plot with plenty of twists and loads of sensuality…a well-written and very charming read."
— Reader to Reader

• "Ms. Porter has created dynamic characters, who are all the more moving for dealing with their flaws."
— Romantic Times

• "The protagonists have such strength of character they must be admired ... I highly recommend Improper Advances as a read that shouldn't be missed."
— Rendezvous

I hope readers will enjoy the book, and try out the earlier novels in The Islanders Series.