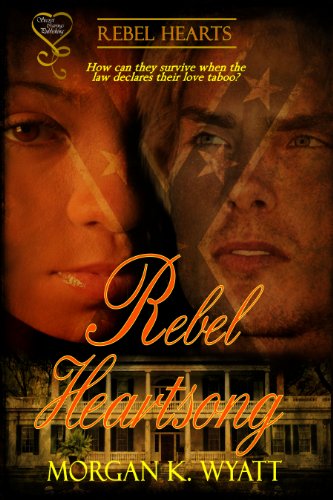 about this book: Rebel Heartsong takes place in the years before the Civil war, during the War, and directly afterwards. My research highlighted that there were many free people of color working trades in southern cities. The average slave owner had five or less slaves and worked in the fields beside them. The evil overseer who terrorized the slaves often never existed. I did find that slave catchers often caught freed people of color and sold them back to their families. On the other hand, there were plantation owners of color who owned slaves. It goes to show what you see in movies is often not true.

It is a challenge to be factual or create the world that people assume existed. I combined the two. Yvette does have to deal with slave catchers. The Sewell family being one of the wealthiest in the county have 30 slaves working the on the fields and house, but there is no overseer. Most abandon the family when initially freed, but a few come back when they can't find work. This did happen in the Reconstruction period. Often the more factual an author tries to be the more people believe he's making up things. We hold tight to myths, both old and new, and refuse to accept what may have happened as real.

The absolute real thing between Yvette and Townsend is the deep abiding love the two share.