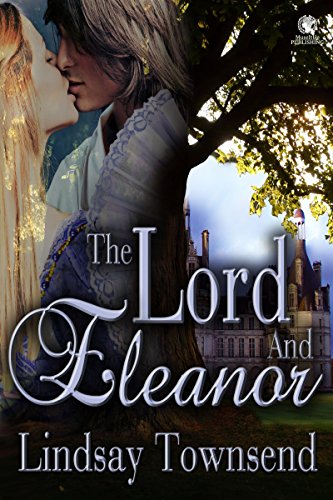 Book: The Lord and Eleanor by Lindsay Townsend

about this book: Their love crosses and breaks all bounds, but can it survive?

Spirited Eleanor is a peasant in medieval England, a former bondswoman (serf) caring for her younger siblings. Richard of Wykeford is her lord and the local landowner, a handsome, charismatic widower who cares for his children.

They meet at the manorial court, where Eleanor has dragged a wolf she has killed in the forest. She and her young family are desperate and she needs the reward money for the dead beast.

Richard realizes that she in her turn can help him. There is an unknown poisoner at work somewhere on his manor and he needs to protect himself and his family. Eleanor is a local wise-woman who knows cures and poisons, so she may save his life.

She is beautiful, too. Richard desires her and asks her to be his mistress. Eleanor is powerfully attracted to him, but she does not instantly agree, fearing she may be seduced, then discarded. Richard, as he grows to know her, respects and feels for her more and more. He begins to court her in earnest. Eleanor realizes she is falling in love with him, but he is her lord and she is a former serf - the social gulf between them is huge.

Will Richard and Eleanor defy their destinies and remain united? Will they defeat the poisoner? Matters come to a dangerous head when Eleanor is kidnapped by her enemy...