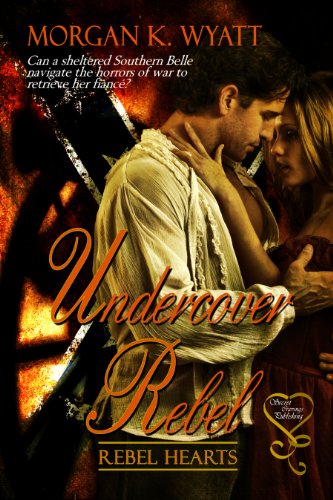 about this book: In researching and writing Undercover Rebel, I found the women of Civil War period were very capable women. We tend to think of them in hoop skirts plying their ivory boned fans, but they were so much more. Many were spies for their cause. This was almost too easy because men of that period underestimated their intelligence and determination.

I also found out the genteel lady's world was very controlled. She could not make decisions on her own, or go anywhere without a proper male relative chaperone. There were even words she couldn't utter in mixed company such as pants and leg. This makes the fact that some women picked up a uniform and a rifle and actually joined the Army even more surprising. With this type of feminine grit in mind, Emily Sewell came to life, the southern belle determined to cross enemy lines to rescue her presumed dead fiancé Gray Masterson. Only problem is she's never really been out of her county.