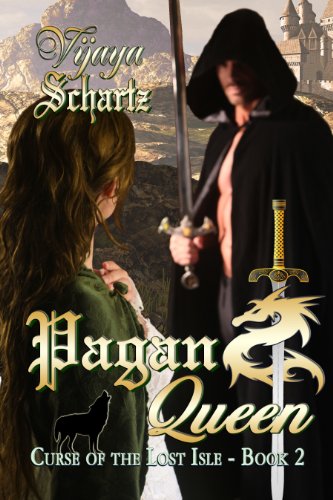 about this book: All is not well in Pressine's life as Queen of Strathclyde. Although she accomplished her mission and her king loves her, war against the Viking inVADER is separating them. And in the king's absence, Pressine is left at the castle to deal with his heir, Mattacks, her sworn enemy.

When young Mattacks discovers Pressine's secret... her curse, he will betray even his father to get rid of this pagan queen. With the help of his fanatic friends, he might even succeed and get her to burn at the stake as a sorceress.

But when Pressine gets with child, the curse is about to strike... and nothing can stop destiny.

• "Schartz is an accomplished writer, whose pacing, conflicts, and goals are always complex and whose good characters are always likeable, and whose villains are evil incarnate. You have to like her villains as much as the good guys! Mattacks is a magnificent example of this!" — 5 stars - Manic Readers

• "...details of the period making that long ago era of history feel alive and vibrant. She's able to weave in the mystical in a manner that appears natural... Mattacks and his diabolical plans play an important role... he's a creepy guy... unexpected happenings totally caught me off guard... great plot ploy that I can only assume will pull the series forward... I want to know more..." — Romance Junky - 4 ribbons