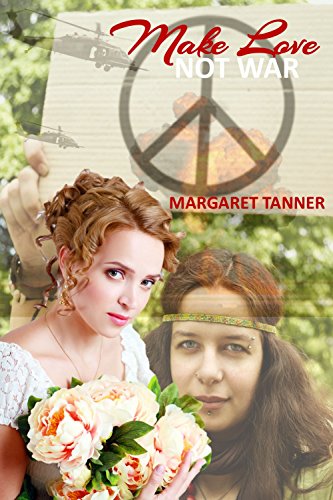 about this book: Make Love Not War was the catchcry of the 1960's. The days of hippies, anti-war demonstrations, beehive hairdos and mini skirts.

Take a trip down memory lane if you were around in the 1960's like me, or if you weren't, how about reading about some of the exploits of your parents?

During the Vietnam War, the Australian government introduced conscription. It was in the form of a ballot, or the death lottery as many called it. All twenty year old males had to register, their birth dates were put into a barrel and a certain number were drawn out, and those young men had to report to the army and subsequently many of them were sent to Vietnam. This of course caused severe bitterness and division in the community, and even though the government denied it, was subject to abuse and unfairness. Rich men kept their sons at university so they didn't have to go. Conscientious objectors were thrown into prison. Only sons were called up, yet families with two or three eligible males didn't have any of their boys called up.

My story, Make Love Not War is set during these turbulent times.