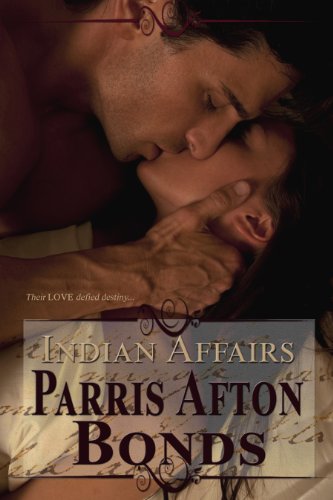 about this book: In grade school I read Helen Hunt Jackson's RAMONA, which is about the plight of the Native Americans. That book influenced my thirty-seven published novels ~ most of all, my latest, the ebook INDIAN AFFAIRS. The original title was When the Heart Is Right, but because the Bureau of Indian Affairs plays such a vital role in the devloping relationship between Alessadra and Man, I renamed (and revised the book, expanding it to nearly twice its length).

Realizing that INDIAN AFFAIRS could not be pigeon-holed as a romance, historical, docufiction, etc. and would thus not likely be a marketable project, I instead surrendered to writing only what pleased my writer's soul. Of course, I was thrilled with the fabulous review Kirkus Reviews gave INDIAN AFFAIRS, because the review validated that INDIAN AFFAIRS is more than a historical, more han a romance. INDIAN AFFAIRS is also more than merely a socialite challenging convention or a Native American challenging tradition; it is ultimately about our own efforts to challenge our destiny ~ and about the beautiful in diversity, for therein lies our freedom.